The Future of Air Purification

So many people have asked, what this futuristic mushroom shape product is all about? Is it air purification related? Well, the answer is not that far from what all have been guessing; as its inner UV light lamp is related to electromagnetic radiation, commonly known for its killing germs properties. This one of a kind product called The 9” nano Induct, is an air purifier developed with AHPCO (advanced hydration photocatalytic oxidation) created by NASA and the Air Oasis research team, formed by Jon Bennert and Doctors Jeff Bennert, Nabarun Ghosh. 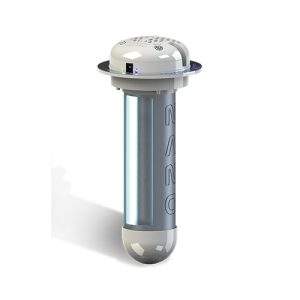 One of a kind Air Sanitizer

The Nano HCT AirOasis 9 can reduce the number of dust mites, pet dander, and several other allergens up to 99 percent. This air purifier reduces within minutes carbon-based contaminants commonly known as mold, viruses, volatile compounds and bacteria.
Also, any unpleasant odors would reduce either from your pets, smoke, cleaning chemicals or any other smelly factors causing this issue. Do you have mildew on your walls or your property is prone to this type of bacteria? This product can reduce this unpleasant factors affecting the breathing environment in your household.

1. The air purification germicidal UVC lamp destroys germs as they pass through the rays of UV light.
2. Light rays from the UVC lamp react with the nano Nickel HCT™ catalyst to produce catalytic molecules.
3. Catalytic molecules seek out and destroy carbon-based molecules by converting them into harmless carbon dioxide and water. 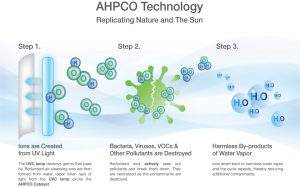 In less than 15 minutes The 9” nano could be installed in any home or property connecting it to a standard 110VAC – 240VAC electrical outlet or hardwired to a 24VAC power source. There is no need for complicated settings to learn, no routine maintenance, or filters to change or clean. The only requirement is changing the AHPCO Cell every two years. The blue LED lamp replacement would indicate when the AHPCO Cell is ready for replacement. This air purifier is one of a kind and virtually maintenance free!

They could either be mounted on the supply side or return side of your HVAC system within 10 feet of an electrical outlet. Optimal placement examples include above the coils to reduce mold and bacteria growth, in the plenum supply HVAC side system and in large commercial applications where air becomes re-contaminated as it travels through the ductwork. To reduce airborne contaminants in a room install the nano Induct within 10 feet of the air outlet vent from the room being treated.

No more thick filters and large fans requiring high amounts of electricity. This state of the art product creates an extremely energy efficient air purifier able to operate on a fraction of the electricity cost required by other air purifiers. 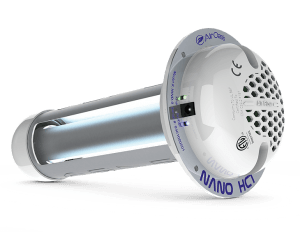 Many commercial air purifiers use well over 100 Watts of electricity. The Air Oasis 9” nano Induct uses less electricity than a 45-Watt light bulb, saving you money and saving the environment every day.

The Oasis is a long-lasting product with little maintenance, operating only with a fraction of the cost of energy than other products in your household. Also, this product is a compact state of the art sanitizer that doesn’t occupy much space because it would become part of your AC unit.

According to a study published in the journal Science of the Total Environment, indoor air pollution and not well understood as much of a problem as outdoor pollution. Fungus, smoke, and chemicals used in certain parts of the house and cleaners have been shown to be harmful to the breathing environment and human health. These team scientists from Australia and Europe call for a greater effort to monitor indoor air pollutants in real time as could bring serious health benefits. That is why products like The 9” nano Induct don’t require much energy and is a good investment for those who live in cities spending up to 90 percent of their time indoors. 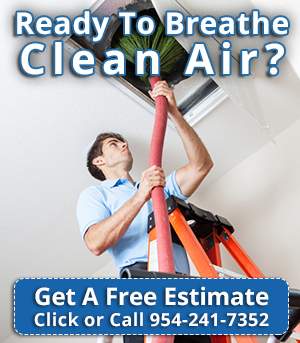 The service was great!

I was a little hesitant about having my ducts cleaned in my condo as there is a reputation of scam artists in this business. I am glad I called Air Duct(...)